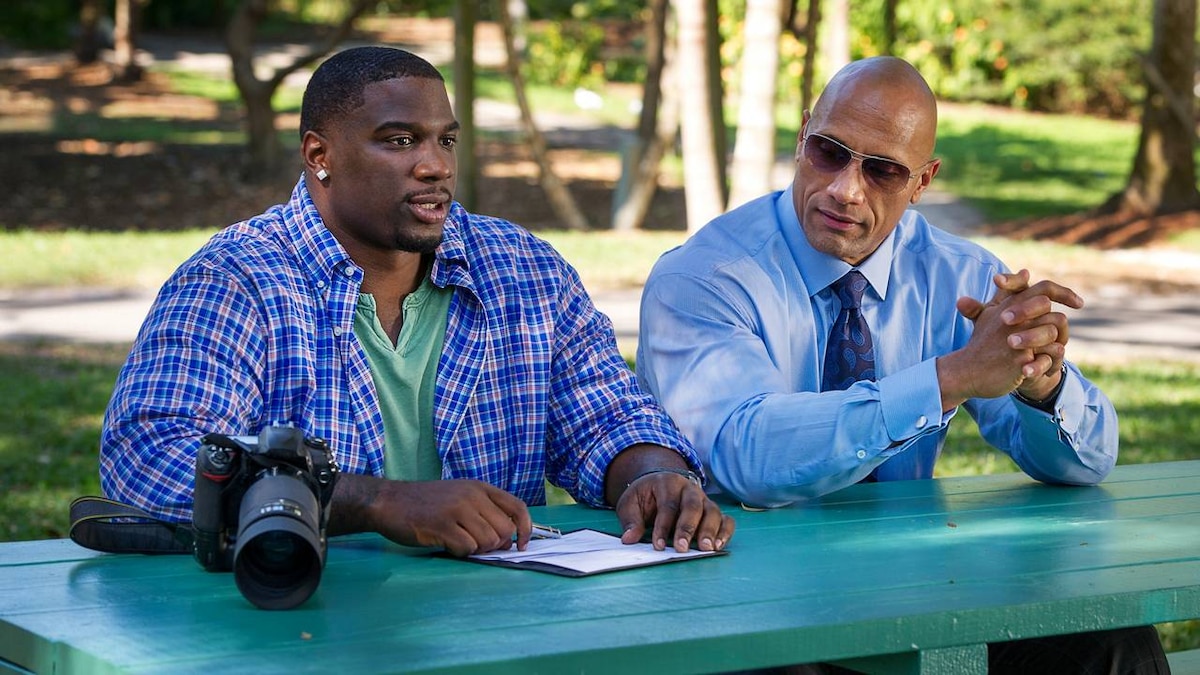 Spencer arrives at work to find his office cleared out and Joe's destroyed. Spencer is still baffled when Virginia, his new personal assistant, introduces herself. She escorts him to his new office, which is a definite upgrade. Anderson stops by to tell Spencer he wants him to head up their new sports division, and tells him Joe quit in a rage.

Spencer visits Joe to find out what went down. Clear-eyed and sober, Joe tells Spencer he didn't quit, he was fired. Now he wants to open up his own shop with Spencer.

After signing autographs for kids at his football camp, Ricky is approached by his father, Dennis. Dennis is upset Ricky aired their private business on national television, but Ricky is too mad to hear it. Dennis persists, claiming credit for his son's success. A former pro himself, Dennis didn't know his father either and used that anger to fuel him on the field - just like Ricky's doing now. Ricky calls his father "a bitch-ass coward," but it's clear Dennis' words connect.

While unpacking newly purchased baby supplies, Charles gets a call from Siefert: The lineman still has some rust, but the Dolphins want to sign him. Initially nervous reporting to camp, Charles plows through a rookie who makes the mistake of mouthing off to him.

Ricky makes his own entrance at camp, showing up astride a camel. A newly enlightened Ricky decides to give his number back to Alonzo - he's past sticking it to his father.

Spencer and Jason find Vernon scoping out flamingos. Vernon says he's not interested in discussing his contract, but when they reveal Dallas's terms --$75 million over 5 years with $45 million of it guaranteed - he has a sudden change of heart.

Spencer has sex with Tracy in his new office. Anderson comes by and sweetens his offer to Spencer by throwing in a speedboat. Spencer is still conflicted about leaving Joe, who's begun the work of setting up his own shop. Joe has a (slightly out of the way) place and is prepared to give Spencer the bigger office. But Spencer isn't ready to commit to him either.

Spencer drives out to Palm Beach to talk things over with Anderson one last time. He tells his boss he and Joe are a package deal.

Later that night, Spencer finds Joe taking out his frustration on a glass of tequila. He tells Joe that Anderson has agreed to let them both head up the sports division. Spencer overcomes Joe's reluctance when he throws in the speedboat.

In the front of the restaurant, they find Vernon and his crew - with Reggie back in tow. Together they celebrate Vernon's new contract.