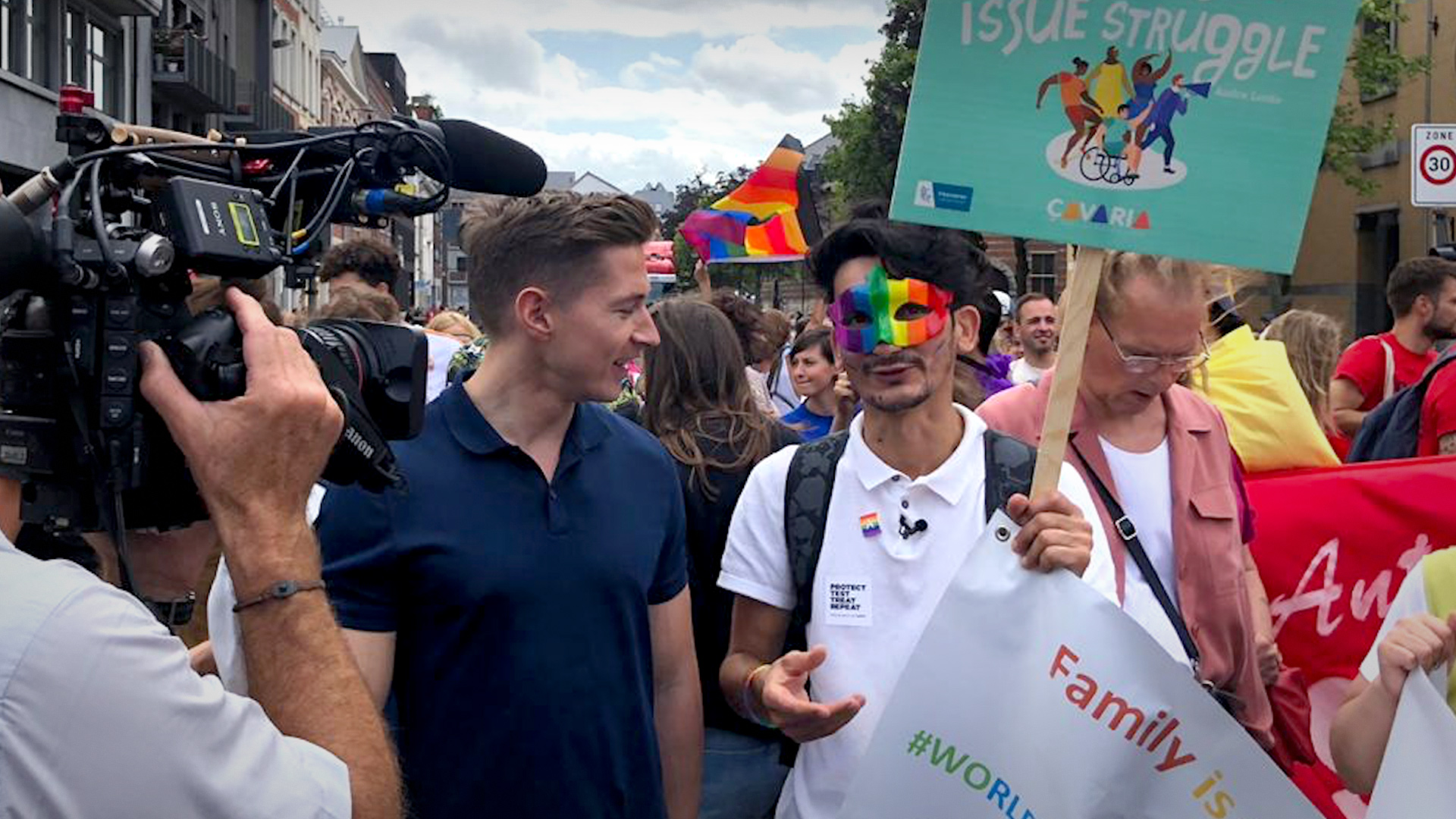 As the violence around Chechnya's anti-LGBTQ+ purge continues, brave activists and organizations are fighting daily to create a safer world for queer Chechens. Harlem Khadzhiev, a co-founder of LGBT refugee support organization LGBT World Beside, writes about that fight here.

From 2012 to 2015, I was detained and blackmailed in Chechnya because I am gay. By the time I reached the border, other gays and lesbians from Chechnya were asking me for help. Also, journalists contacted me and asked me to help them get in touch with LGBT people from Chechnya. It was important for journalists to hear their stories firsthand and tell them to the general public. LGBT people from Chechnya are afraid to get in touch with journalists themselves. I have always helped journalists find contacts. Persuading my acquaintances from Chechnya to contact journalists was hard work. Many had to negotiate for a long time. I promised them that it would be safe for them. They were often intimidated and did not believe that security was possible beyond the borders of Chechnya.

I believe that the entire world should know what is happening to LGBT people in Chechnya. If we remain silent and are too afraid to discuss the terrible tortures and murders in Chechnya they may never end. The Chechen and Russian regimes successfully rally like-minded people. Many LGBT people fled Chechnya and Russia to save their lives and have become activists. We are in many different countries around the world. We help those who fled to Europe as much as possible.

Everything was new to me, and I did not know what to do. I did not know any English and Dutch. I always have to ask my friends to help me with the translation during meetings with representatives of parliament or other activists who are in Europe from other organizations. I cannot hire a translator for my team because we do not have enough money. Sometimes we have to travel by public transport without a ticket to refugee camps to meet with new arrivals. Communicating with refugees is very important so that they are not distressed and feel abandoned. Our activists often invite refugees into their homes, pay for their travel and food.

In 2018, we created our own LGBT refugee support organization and named it LGBT World Beside. It was very difficult. As former refugees, we know how to help each other. We have not forgotten about the horrors we endured in Chechnya. We were humiliated, insulted, blackmailed. We were considered to be less than human and treated like an animal. We were confined to basements and called vile names. We did not know how to express our feelings and be genuinely ourselves. Truly, we have not recovered. In Chechen society, there is no place for LGBT people. Fleeing our country gave us profound sorrow. We did not want to move, but we wanted to survive. Moving was the only way. It was very painful and scary to leave our families and start our lives all over again.

Today, I am still afraid that I am being watched. In some European countries with a large Chechen diaspora, our refugees have to remain very quiet. I still cannot fully enjoy the present and forget the horrors of my past life. We are glad to have refugees apply to LGBT World Beside for assistance and to help them. We have big plans for the future. We solve our problems together. We deserve a place in this world like everyone else. My friends are helping us now and we are as one family. However, we do need more support.